HELLO there everybody and welcome to my stop on the The Thousandth Floor Blog Tour! I am so excited to be a part of this blog tour (especially on the day the book comes out (HAPPY BOOK BIRTHDAY KATHARINE McGEE!)) I might also have another post relating to this book but more of a challenge-like post out soon 😀 Let’s jump right into the review!

When The Tower was built, a new hierarchy appeared. Escalating from 1 to 1000 floors,   the apartments get more expensive and impart more status. Hovers and bots flurry around the tower, and some real trees are still growing in some of the tower’s gardens.

Avery is flawless…or so people think. She lives on the thousandth floor and is possibly *the* most beautiful girl in the world due to genetic engineering. Life is far from perfect for her though; her brother’s been missing for almost a year and she has a secret she would never want anyone to know.

Leda is Avery’s best friend…she spent the Summer in rehab and hasn’t told Avery about it or the reason why: she’s in love with Avery’s brother. Tensions between the two friends have started rising lately.

Rylin is a snack stand employee…after her parents died, she and her sister have had trouble paying the rent. She takes up a job offer as a maid at Cord’s house; one of the wealthy upperclassmen whose parents have also died, but she’s not sure she can trust him.

Eris is content with her life…always shopping and hanging out with Avery. That is, until her world is shattered and she’s the odd one out, making excuses on top of excuses and hiding the truth.

Watt is a genius…and always gets the girls, with the help of an illegal supercomputer Nadia who keeps him company in his head. If anyone found out, he’d be in jail for life.

This riveting novel immerses you in 2118 and and makes you question whom you trust, all the while surprising you and taking twists you couldn’t see coming. This debut very well could be the new Divergent, and you shouldn’t miss out on it.

Before I start talking about my thoughts, can we talk about the cover? LIKE DANG THAT THING’S PRETTY. *tries to pet cover through screen*

I don’t know where to begin. This was such a creative and unique book that combined so many aspects of everyday life into a realistic future based on a ladder of power and wealth that was very compelling. Each character brings something new to the table and the web of lies and secrets that you know but are not common knowledge to the other characters really put you on the edge of your seat. McGee’s future is not as bad as I would imagine; the idea of this massive tower is kind of terrifying though. When you compare it to the Burj Khalifa, the world’s tallest building right now at a comparatively pathetic 163 floors, you can’t even fathom the height of The Tower in the book. 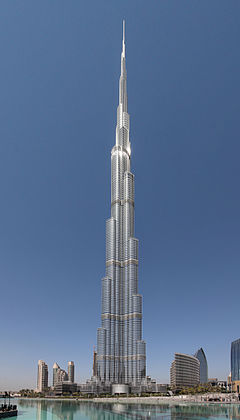 It took a few chapters to remember the character’s names and their backstories, but once I did I was really engrossed in the story. A small problem I had with the book was that at some points the author mentioned some random, unexplained futuristic technology in the story and that threw me off a couple times. I think this book has great movie/tv potential (and has already been optioned :D) and I definitely recommend this book for fans of drama, secrets, futuristic settings as well as anyone who is intrigued by the synopsis. I think you’ll be surprised by how much you enjoy it!

Katharine McGee is from Houston, Texas. She studied English and French literature at Princeton and has an MBA from Stanford. It was during her years living in a second-floor apartment in New York City that she kept daydreaming about skyscrapers . . . and then she started writing. The Thousandth Floor is her first novel. You can visit her online at www.katharinemcgee.com or on Twitter at @katharinemcgee.

Now for the giveaway! As a part of this blog tour, HarperCollins and Hannah @ The Irish Banana Review are giving away 3 gorgeous finished copies of The Thousandth Floor! Enter below (US only, sorry int’l folks) If the link below isn’t working, click here: https://www.rafflecopter.com/rafl/display/0e29d475166/