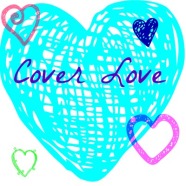 Hello! Cover Love is a weekly meme on Thursdays started by Shae Has Left the Room, to showcase covers that you love!

From the New York Times bestselling author of the Maze Runner series comes The Rule of Thoughts, the exciting sequel to The Eye of Minds. Fans of the Divergent series by Veronica Roth and The Hunger Games will love the new Mortality Doctrine series.

Why I love the cover:

I really love the art on this cover. The colors are awesome as well, and I really like the style of the illustration, how it’s sort of a sketch. It sort of reminds me of that DIvergent movie poster that was released, the one of them jumping off the train. I think this guy is Dauntless too 🙂 He’s like “should I jump? Or not?” I also really like the building in the back, and the silvery reflection on the ground. I think this cover is pretty awesome!

‘A publisher in New York asked me to write down what I know about the Greek gods, and I was like, Can we do this anonymously? Because I don’t need the Olympians mad at me again. But if it helps you to know your Greek gods, and survive an encounter with them if they ever show up in your face, then I guess writing all this down will be my good deed for the week.’ So begins Percy Jackson’s Greek Gods, in which the son of Poseidon adds his own magic–and sarcastic asides–to the classics. He explains how the world was created, then gives readers his personal take on a who’s who of ancients, from Apollo to Zeus. Percy does not hold back. ‘If you like horror shows, blood baths, lying, stealing, backstabbing, and cannibalism, then read on, because it definitely was a Golden Age for all that.’ Dramatic full-color illustrations throughout by Caldecott Honoree John Rocco make this volume–a must for home, library, and classroom shelves–as stunning as it is entertaining.

Why I love the cover:

Ugh. John Rocco is amazing. As an artist and a person. And this—AHHHHH SO PRETTY! I love the color that is involved in this cover. And the gods looking at Percy—and Poseidon’s trident is amazing. The shiny embossed text is wonderful, and the fiery sun horses up at the top are SO awesome. The color is astounding. Ooh ooh, and the lightning bolt and the cloudy colorful things and the broken columns on the ground—I love it. I am done now.

What covers are you lovin’ on?